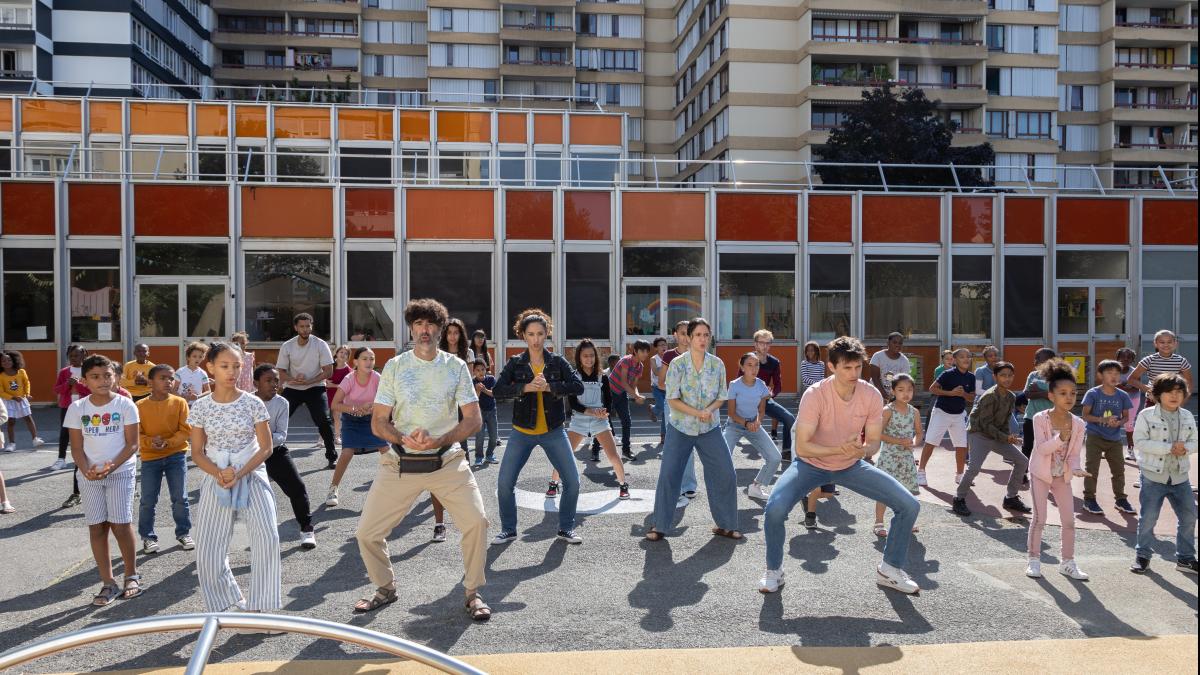 France tv distribution is proud to announce that the film SOS: Save our School has been selected at the 2022 Cannes Film Festival. It will be presented as part of the section "Cinéma de la Plage".

A world premiere of SOS: Save our School, a feature by Carine May and Hakim Zouhani, produced by Haut et Court, is to be screened at the 2022 Cannes Film Festival on May 23 at 9.30pm, as part of the special "Cinéma de la Plage" event.

The future of a primary school in a Parisian suburb is under threat when a brand new, fancy school springs up right next door. Principal Zahia fears she’ll lose what little social diversity she has left. She decides to team up with Marion; a young and inexperienced but committed teacher. Together they plan to turn their endangered establishment into the very first suburban green school to attract the new local residents. To pull it off, they will have to work with a team of shall we say… eclectic characters, most of whom aren’t exactly green friendly!

The film’s theatrical release in France will be managed by Haut et Court and international sales by France tv distribution.

Meet us at France TV booth at Pantiero and discover our cinema lineup!

France tv distribution works with producers and licensors to maximise revenues from their programmes accross all media platforms encompassing video, VOD and music publishing, merchandising, magazine and book publishing, plus French and international distribution and fund-raising.

Since January 2017, France tv distribution has gone hand in hand with distribution films abroad. As a major player on the distribution of rights in France and in foreign markets, this new activity of trading feature films is added to its savoir-faire.