France tv distribution is proud to have sold the format of the successful French show “Call My Agent!” to Turkey’s Ay Yapim production company. This Turkish adaptation started airing on STAR TV on August 25, 2020. France tv distribution is celebrating the success of its export strategy and its partnership with Mon Voisin Productions, Mother Production and MADD (Ayyapim and Medyapim's company).

In addition to a Quebec version, the "Call My Agent!" show is currently broadcast in more than 150 countries. Development of the format's adaptation is also underway in India, China, Vietnam, and an English version is in progress in the US/UK. Other negotiations are taking place in various parts of the world, including Germany, South Korea and Italy.
France tv distribution is proud to have a hand in creating a worldwide presence for this show and, on a wider scale, for French fiction in general - a genre that is constantly gaining in qualité and ambition.

The Turkish version of "Call My Agent" (titles "Menajerimi Ara") started airing on STAR TV on August 25, 2020, every Tuesday during prime time. By it's second night, both episodes had an audience rate of 38% among female buyers aged 20+. The second episode saw a 30% rise, all target audiences combined. By the second night, the show was market leader; it has since been ranked second among the most popular shows.
MBC (Middle East and North Africa) is also airing it simultaneously.

Dicle finds herself in an agency when she comes to Istanbul dreaming of becoming a filmmaker. There's only place for stars, ego wars, greed, fame, money, hope and disappointment here. As Dicle struggles to exist in this glamourous world without losing her way... Her broken family ties start to bleed again. Her father who abandoned them before she was born is now one of the sharks of the industry, and they are working in the same agency. The magical lights of cinema start to shed light on Dicle's first love.

Even the industry is ruthless in Istanbul... Dicle is following her dreams all by herself among the sharks of the big city. Will she be able to survive in this glamourous world or will she become a shark bait; only time will tell!

As far as the French version is concerned, the first two episodes of Season 4 will be premiered at the close of the Canneseries festival, which will take place from October 9 through 14, 2020; Celebrating France 2's upcoming broadcast of the new season this fall, a special party will be thrown for the cas and crew in the Louis Lumière Grand Auditorium, inside the famous Palace of Festivals and Conferences. 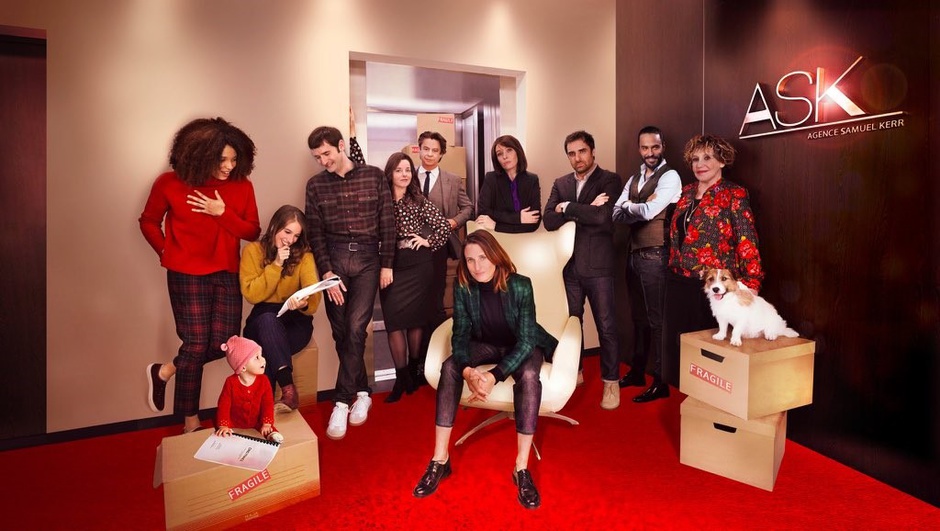 In Season 3, Andréa and Gabriel won their battle with Mathias and the "double agent team" formed by Camille and Hervé was revealed at last. Fout months have gone by since then and Andréa is now General Manager. She's enjoying the power she wields but finds it overwhelming when the threat of losing all of Mathias' talents puts ASK back in a very dangerous situation. All the agents are bracing themselves, waiting for Mathias and Noémie to reveal their next move after ASK. Meanwhile, among the younger team members, Camille must learn to separate work and friendship in her new role as Sofia's agent. And Hervé experiences doubt when he gets offered an acting role.

Daring and danger are definitely on the cards for ASK this season, especially when, despite Gabriel's apprehension, Andréa goes ahead and hires a new senior agent from Starmedia named Elise Formain. For better or for worse.