France tv distribution is proud to announce the official selection of the series ‘Laetitia’, directed by Oscar winner Jean-Xavier de Lestrade, for the Sundance Film Festival.

After its presentation at the last Festival de la Fiction de La Rochelle, Laetitia crosses the Atlantic. It has been selected for the ‘Indie Episodic’ category of the next Sundance Festival, to be held from January 23 to February 2, 2020 in Utah (USA). It is the first time this category devoted to series has included a French production among its nominees.

The major series (6x45'), currently produced with CPB Films and L'Ile Clavel and coproduced by France Télévisions, is adapted from the Ivan Jablonka bestseller Laëtitia, ou la fin des hommes (Laetitia or the End of Men) published by Editions du Seuil, 2016. It tells the tragic story of Laetitia Perrais, one that shocked the French in 2011. The young woman of 18 vanished overnight near Pornic in Brittany. Only her scooter was found. The gendarmerie rapidly pieced together her last hours and arrested a man named Tony Meilhon. But although the investigators were certain they had the perpetrator, they were unable to find the body. Our series examines the impacts the affair had on Laetitia’s family – above all her twin sister Jessica – and its effects on the work of the police, social services, the judiciary and even the government.

Director Jean-Xavier de Lestrade, who won an Oscar in 2002 for his documentary Un coupable ideal (Murder on a Sunday Morning), is delighted by the recognition. “It’s an honor to be selected by the Americans, the greatest experts on this type of series. It’s wonderful to be able to compete with them in this area.” He also mentions “a world very rarely portrayed in fiction; a world of routine, almost invisible violence that haunts both its victims and witnesses for life”.

Catherine Bernard, COO of France tv distribution, is also thrilled by the selection. “We are very honored and proud to be not only the first French series but also the first French distributor to be selected for the Indie Episodic category at the Sundance Festival, with Laetitia, the result of a magnificent partnership with CPB Films.”

The series will be screened on Tuesday January 28, 2020 at 6 pm at the Park Avenue Theatre in Park City. 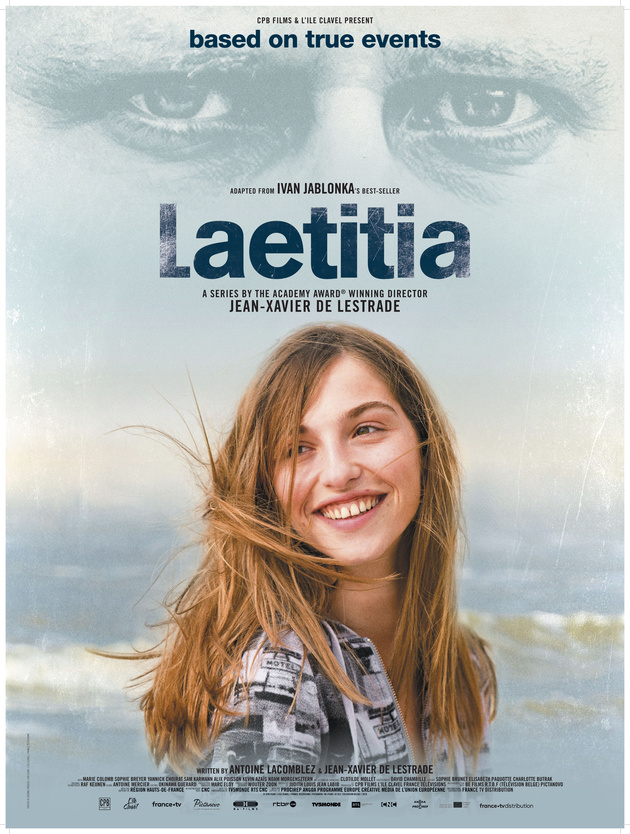 Coproduction: France Télévisions, Be-Films/ RTBF and Pictanovo, with the support of the Hauts-de-France region